Forty years ago, I’d never have guessed that I would define a fun Saturday night as one where I found fascinating nuggets of information in scholarly papers published in obscure academic journals.

I’ve been trying to understand what Yahweh meant in Genesis 15:

Then the Lord said to Abram, “Know for certain that your offspring will be sojourners in a land that is not theirs and will be servants there, and they will be afflicted for four hundred years. But I will bring judgment on the nation that they serve, and afterward they shall come out with great possessions. As for you, you shall go to your fathers in peace; you shall be buried in a good old age. And they shall come back here in the fourth generation, for the iniquity of the Amorites is not yet complete.” (Genesis 15:13-16, ESV, emphasis added)

Iniquity of the Amorites?

So I started reading everything I could find about the Amorites. Learned that just about the time Yahweh called Abram from Ur of the Khaldis (not the Chaldeans), the Amorites were pushing into southern Mesopotamia and taking over. The period between about 2000 and 1600 B.C. is sometimes called the Age of the Amorites. Around 1894 B.C., the Amorites founded Babylon.

There is no ethnicity, tribe, or people called “Babylonian”. Hammurabi the Great, the best-known king of ancient Mesopotamia, who turned Babylon from a city-state into an empire, was an Amorite.

Well, that’s pretty iniquitous. Babylon has been the symbol of spiritual depravity for 3,500 years, and it represents the global end times religion of the Antichrist. So Strike One against the Amorites.

Then I started wondering.  The move of the Amorites into Mesopotamia coincided with Abram’s call into Canaan.  Yahweh told Abram this his descendants would spend four hundred years in a foreign land.  What if the principalities and powers, the bene elohim who rebelled against Yahweh, were behind the Age of the Amorites?

Interesting thought. It’s well-known that Egypt, the land of Israel’s sojourn, was ruled by “Asiatics”, the Hyksos, between about 1750 B.C. and 1550 B.C. Scholars have yet to agree on where the Hyksos came from and what happened to them after they were finally run out of Egypt by the native dynasty from Thebes. Wouldn’t it be really coincidental if the Semitic-speaking, Ba`al-worshiping Hyksos were actually just one more group of Amorites?

Well, tonight, going back through some old papers I’d downloaded, I read something that I’d read and forgotten a few months back. The best-attested Hyksos king, Khyan, came to power c. 1610 B.C., and apparently conquered Upper (southern) Egypt during his reign of about thirty years. Items with his name have been found in Palestine, Crete, Turkey, and Baghdad.

Here’s the nugget: Egyptologist Kim Ryholt, author of a well-reviewed book on the Second Intermediate Period (the time of the Hyksos), identifies Khyan as an Amorite. According to Ryholt, Khyan’s name “has generally been interpreted as Amorite ‘Hayanu’ (reading h-ya-a-n) which the Egyptian form represents perfectly”.

Further, Hayanu shows up in the Assyrian king-lists as an ancestor of Shamsi-Adad, the founder of the old Assyrian empire, who was — guess what? An Amorite. (And a worshiper of Ba`al, apparently. Adad/Hadad was the actual name of the West Semitic storm god that came to be known as Baal in the Bible.)

So: About the time Yahweh called Abram, the Amorites took over the entire ancient Near East, from Babylon to Assyria to Egypt.

If you know me, you know I’m not a coincidence theorist.

Interesting, too, that the Amorites in Mesopotamia began losing their kingdoms to outside invaders like the Kassites and Hittites about the time Jacob and his family settled in Goshen.  The last of the Amorite political entities in the Levant, small kingdoms centered on Aleppo (Halab), Ugarit, Qatna and other areas in Syria and Lebanon were destroyed by the Sea Peoples during the time of the Judges.

Yes, Babylon rose again in the 7th century B.C., but the Babylonians of Nebuchadnezzar’s day were Chaldeans, not Amorites.

Still, what the Amorites started was serious enough for Yahweh to refer to it specifically as some sort of marker related to the time His chosen people would spend in Egypt. And the spiritual descendant of the Amorites’ empire in Babylon will get one more turn on the world stage before Christ returns to end it forever. 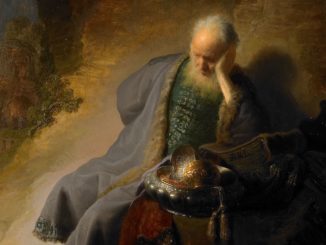 The alarm of war 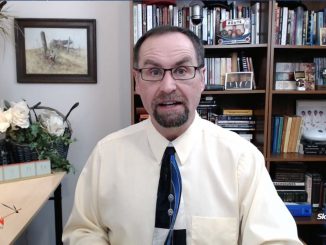 The word that could shut down the government

4 Comments on Iniquity of the Amorites