We have reached a stage in the history of American Christianity where missionaries from other parts of the world need to be sent here to remind us of the things we have cast aside.

That’s the takeaway from the scholarly look at the rite of exorcism in I Am Not Afraid: Demon Possession and Spiritual Warfare by Rev. Dr. Robert H. Bennett, a pastor in the Lutheran Church–Missouri Synod.

Dr. Bennett, who also serves as Adjunct Professor of Missions at Concordia Theological Seminary in Fort Wayne, had his paradigm forcibly shifted on a visit to Madagascar when a woman suddenly began convulsing during an “exorcism of place” at the beginning of a worship service. Almost as bizarre as the woman’s behavior, to Western eyes, was the matter-of-fact response of the congregants, who clearly knew what they were dealing with and how to respond.

This prompted a research project to explore that relationship of exorcism to the overall mission of the church–to preach the gospel and make disciples.  The result is a book that is a much-needed reminder to the naturalistic Church in the West that the apostle Paul knew what he was about when he warned the church in Ephesus that our real struggle is not against human opponents, but against malevolent spirit beings that seek to do us harm.

I Am Not Afraid is a straightforward account of the encounters of the Lutheran Church in Madagascar with spirits that are trying to keep people in bondage.  For the Malagasy people, there is no wall of separation between religious faith and everyday life.  The spirit realm is a given, like gravity.  When early converts from their traditional animistic religion encountered pushback in the form of demonic oppression and possession, they recognized it for what it was.  And by consulting the scriptures, they learned how to deal with it.

Dr. Bennett documents demon possession and exorcism among the Malagasy without resorting to sensationalized accounts.  Then, as he should, Dr. Bennett examines the methods employed by their exorcists in light of biblical examples.  Dr. Bennett also traces the writings of Lutheran theologians from Martin Luther to the present day to analyze the changing view of demon possession over the centuries.*

I Am Not Afraid is highly recommended for the reference shelf of any Christian serious about understanding the nature of the enemy.  It is a sober and scholarly look at a topic that is generally either ignored or treated as a sideshow.  Dr. Bennett presents a clear and convincing case for the Church in the West to put exorcism back into its spiritual toolbox–because, as our post-Christian culture continues its slide into Eastern mysticism and neo-paganism, it’s going to be needed.

* Dr. Bennett cites a brilliant quote from theologian Helmut Theilicke to explain why so many modern theologians deny the existence of the devil:

You can’t beat a German for calling a spade a spade. 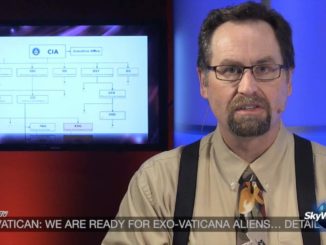 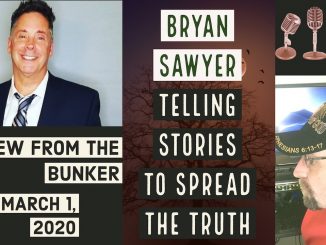