WITCHCRAFT HAS been rebranded in recent decades. Where once it was considered an evil practice inspired by the devil, now it’s generally considered harmless fun for kids at Halloween or a form of feminist spiritualism that empowers women.

Dr. Judd Burton discusses the history of witchcraft, tracing a direct line back to the angelic Watchers who were punished by God not just for taking human wives, but for sharing forbidden knowledge such as sorcery and communicating with the dead.

Click here for the notes and audio for this week’s View from the Bunker. 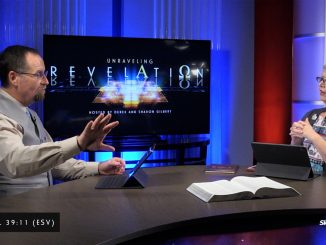 Unraveling Revelation: There Were Giants in the Earth in Those Days