One of our stops during our tour through Scotland was the site of Boleskine House, a home owned by Aleister Crowley from 1899 to 1913. It overlooked the Boleskine Cemetery in the photo, and it’s where Crowley performed the Sacred Magic of Abramelin the Mage, which was intended to summon Crowley’s “guardian angel.”

The ritual required summoning the “twelve kings and dukes of Hell.” During the ritual, however, Crowley was summoned to Paris by the Golden Dawn, leaving the ritual incomplete—the part where the sorcerer binds the spirits to banish their negative influences on his life. So, according to legend, this led to bizarre things happening around Crowley for the rest of his life.

Now, from a Christian perspective, this is not only foolish, it’s incredibly dangerous. The binding spells sorcerers use to control the spirits they summon have been revealed by those very spirits. (We know it wasn’t from God because His instructions on the matter were very clear: Don’t do it.)

Do you think those spirits might have an incentive to lie?

Boleskine House was later purchased by Jimmy Page of Led Zeppelin, although he reportedly spent very little time there. The home was reputed to be the site of some frightening paranormal activity, although the last owner/occupants before the house burned in December, 2015 say they never saw or heard anything unusual.

As we arrived at the site, we met a pair of ladies from Ayrshire (southwest Scotland) who’d taken a bus from Glasgow and walked from the bus stop to the property to pray against whatever territorial spirits remained. They placed a handmade scroll of Isaiah 61, the scripture Jesus read at the synagogue in Nazareth which he declared was fulfilled in the hearing of those present.

Had he given us the time of day, we’d have missed those two lovely ladies at Boleskine, who in turn referred us to an evangelist from Ayrshire named Stevie McKie–who happened to be stopping for dinner at the village of Pitlochry, on the route to our hotel for our final night in Scotland.

The interesting thing about this encounter was that before we headed to Boleskine House, we stopped to visit an Englishman who’s living at the north end of Loch Ness in a converted library van and devoting his life to the search for the Loch Ness Monster. He had no time for us and wasn’t shy about saying so; he said he was about to be interviewed on a radio program about recent DNA analyses that supported his belief that Nessie is real.

Stevie was on his way to the Isle of Lewis, where this weekend a celebration marks the 70th anniversary of the Lewis Awakening, a revival in the Hebrides that began in 1949 and lasted for three years. That revival was revealed through the prayers of two elderly ladies, Peggy and Christine Smith. Their niece, Mary Anne MacLeod, later emigrated to the United States where she met and married one Frederick C. Trump.

Yes, that Trump. The president’s father.

Needless to say, this trip through Scotland was far more than we expected. We’re making plans to go back in 2020. 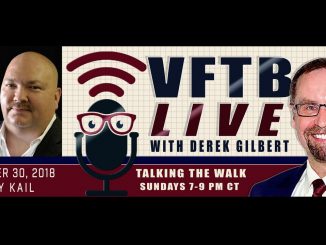 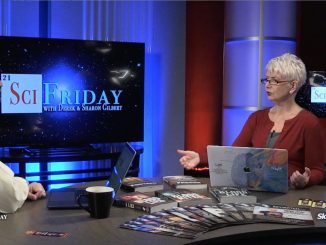 SciFriday: Hitler, the Occult, and the Return of Nazi Science 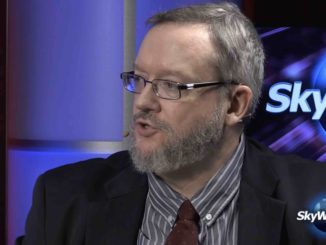