This time of year brings back memories of childhood and family, at least for those of us who were blessed to have parents who made Christmas a special time. As a parent myself, there was a special joy in creating similar Christmas memories for our daughter when she was young.

As I grew in my walk with the Lord, however, our culture’s annual celebration of the holiday began to bother me.  The rank commercialism is so out of character with what the birth of Christ means for the world that being part of it felt more wrong with each passing year.

Recently, there’s been a trend among some Christians to take it further.  It’s not just the trees and decorations, it’s the day itself that some object to.

A belief has been growing that Christmas is based on pagan celebrations.  December 25 was selected for Christmas, it’s believed, because it was the date of the annual Saturnalia, a Roman festival for the winter solstice.  It was celebrated with a sacrifice in Rome’s Temple of Saturn was followed by a big party—a public feast, private gift-giving, and temporary suspension of social rules with masters waiting on slaves, gambling, and general drunkenness.

It’s probable that the church sometimes adopted days celebrated by pagan religions and Christianized them—which is not to say the pagan holy days were made Christian, just given a Christian veneer. For example, All Hallows Eve and All Saints Day, which likely developed out of the Celtic festival of the dead, Samhain. So, the logic goes, it must also have happened with Christmas—the “Christ mass”—and Saturnalia.

Or Christmas might have been an attempt to hijack the birthday celebration for Sol Invictus, the “unconquered sun” god of Rome.

Some take the rites back even farther in time and claim that December 25 was celebrated in the ancient Near East as the birthday of the world’s first emperor, Nimrod. The belief is that Christmas originated as a celebration of the birth of Nimrod, king of Babylon, to his wife-mother, Semiramis. You see, she didn’t like the idea of giving up the lifestyle of a queen just because of Nimrod’s untimely and inconsiderate death, and so she produced another child—either Nimrod’s unborn son or through an affair—who she claimed was the resurrected Nimrod.  She declared Nimrod a god, a sun god by most accounts, thus making herself a goddess. The yule log represents Nimrod, who’s also sometimes identified as Ba’al, and the Christmas tree represents Nimrod resurrected as his son, Tammuz.

On top of all that, we’re told that we also celebrate the birth of Christ on the wrong day. We can’t know for sure, but clues in the Bible suggest a birthday in the spring or fall.  (There is an excellent analysis of prophetic clues in Revelation 12:1-5, the passages referring to “the woman clothed with the sun,” by E.L. Martin in his book The Star of Bethlehem: The Star That Astonished the World, pointing to the precise arrangement of the skies over Jerusalem on September 11, 3 B.C.) Some feel that the birth of the Messiah, if it’s going to be celebrated at all, should at least be remembered on the correct day—or as correct as we can be, anyway.

So, what shall we say then?  Should we just chuck Christmas out with the uneaten Thanksgiving leftovers?

The questions we need to ask are these:

The answer to the first question is a resounding “no.” First of all, the concept of Nimrod as a god is a non-starter. Let me make this very clear: There is no evidence whatsoever from the ancient Near East that Nimrod was ever worshiped as a god in any way, shape, or form.

In fact, the myths that grew up around the memory of Nimrod were probably based on a Babylonian god—most likely the warrior god Ninurta—instead of the other way around.

Furthermore, Semiramis, the Assyrian queen Sammuramat, reigned between 811 and 808 B.C. or from 809 to 792 B.C. She was one of the first women in history to rule an empire. However, to put Nimrod at the Tower of Babel (which was not at Babylon—but I’ll spare you the explanation because it’s in my book, The Great Inception), we have to go back about 2,300 years before Semiramis.

It’s tough to have children when you live 2,300 years apart.

Much of the information about Nimrod, Semiramis, and Tammuz comes from Alexander Hislop’s 1858 book The Two Babylons. With all due respect, because he was no doubt sincere in his desire to warn the world about what he believed was the false religion of the Roman Catholic Church, Hislop’s scholarship was poor at best. It looks like he took the names of literally dozens of ancient gods and goddesses and mixed them up into an ancient myth smoothie. Hislop may have meant well, but he’s misled Christians for more than 150 years.

Now, that’s not to say Nimrod got a bum rap. There was a reason God came down to personally stop construction at Babel.

In short, Nimrod was not a sun-god and he wasn’t Ba’al, either.  In fact, Ba’al would probably be insulted you said so. Nimrod was only human, while Ba’al was a god of storms, rain, and vegetation. He was worshiped for a time as one of the ancient Near East’s “dying and rising gods,” like Tammuz. (Who was worshiped as a god in Sumer long before Semiramis came on the scene.) As such, Ba’al and Tammuz would have been mourned in the fall and celebrated in the spring. Neither of those seasons matches December 25.

So, when did Christians begin to celebrate Christmas? The earliest record of its observance comes from Clement of Alexandria around 200 A.D. But the first suggestion that Christmas might be linked to pagan worship didn’t come until the 12th century, about 900 years later.

In other words, as far as historians can tell, none of the Christians from the 3rd through 12th centuries seemed to think they were accidentally worshiping a pagan god.

The Donatist sect in North Africa celebrated Jesus’ birth on December 25 in the early 4th century, before Constantine became emperor of Rome (so we can’t blame him). And while it’s true that the emperor Aurelian made veneration of Sol Invictus the law throughout the Roman Empire in 274 A.D., a collection of ancient writings called Inscriptiones Latinae Selectae puts the feast day during the reign of Licinius (308-324 A.D.) on the 18th of November.

There is limited evidence that a feast for Sol Invictus was held on December 25 before the middle of the 4th century. And remember, Christians were celebrating the birth of Christ on December 25 about half a century earlier.

In other words, we can just as easily say that pagans moved the feast of Sol Invictus to hijack a Christian tradition!

So, given that nobody in the first century thought to write down the actual date of Jesus’ birth, how did the early church arrive at December 25?  It’s a little complex, but it illustrates the motives of the church fathers—which, you might have guessed, was not to sneak pagan worship into the faith.

It seems that second-century Latin Christians in Rome and North Africa wanted to determine the exact date of the Lord’s death. For reasons that escape us, they settled on March 25, 29 A.D. (The reasons escape us because March 25 was not a Friday that year, nor was it Passover Eve, nor did Passover Eve fall on a Friday in 29 A.D., or even in the month of March, for that matter. Still, there we are.)

Now, there was a widespread belief in Judaism back then in the “integral age” of great Jewish prophets. It was thought that the prophets of Israel died on the same day they were conceived.

It’s not biblical, but that’s not the point. The early church believed it and that’s what led to their conclusion: When you add nine months to March 25, you arrive at… December 25.

There you have it. No pagan influence, just a desire to know the dates that forever changed the history of the world.

Now, are there unbiblical, and even un-Christian, traditions in our culture that surround the Christmas holiday? Absolutely! And if they lead you to avoid Christmas, then by all means you are correct to do so.

But if you are satisfied in your mind that Christmas is a time to reflect, remember, and give thanks to a loving God who willingly came to Earth as one of us, ultimately to sacrifice Himself for our sins, then by all means celebrate the day without a trace of guilt.

If God judges us on accidental paganism, we’re all doomed. The wedding ring is a tradition that started in ancient Egypt. The English names of the days of the week come from the names of pagan gods.

The apostle Paul put it best:

Be convinced in your own mind. If you keep Christmas, or if you do not, do it for the Lord.

Merry Christmas, and may God richly bless you and your family. 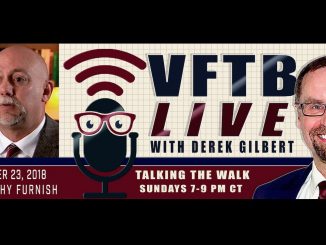 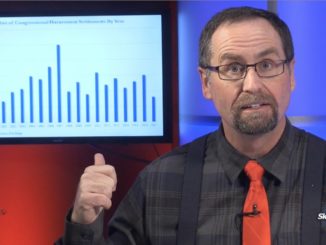