Sharon and I just watched the BBC News report on yesterday’s unrest in Israel. No doubt things are tense at the border with Gaza, which is about 50 miles from us, but the slant of the BBC’s story made it appear that the whole country is nothing but bullets, screams, and tear gas. Not so.

We’ve been through a good bit of the country over the last week, from Mount Hermon in the north to Hebron, where the Cave of the Patriarchs sits in a small Jewish enclave within a predominantly Muslim city. We haven’t seen anything like what you’re seeing on TV.

The BBC’s bias was so blatant as to be laughable. First, they presented the poor victims of Gaza “already burying their dead.” Well, if Hamas leaders compel people to rush a border that is guarded by armed soldiers (while staying out of the range of Israeli sharpshooters themselves), bad things will happen.

Then they juxtaposed an interview with a Baptist pastor from Texas with a shot of an Israeli armored car firing tear gas into a crowd. The message is clear: American Christians are really to blame for the bloodshed.

Look, we were in East Jerusalem yesterday. No riots, no gunfire. In Hebron, we heard a few shots, but well away from the tourists, and that didn’t seem to bother anybody who was there. Nothing at all as we drove through a large chunk of the so-called West Bank, within a tee shot of the Palestinian Authority capital, Ramallah.

The media is playing the Gaza riots for maximum PR effect. They didn’t see, as we did (and wouldn’t have reported if they had), a group of half a dozen Jewish children, probably 7 or 8 years old, who told our guide that they walk together to school and back, between the City of David and the Old City, without an adult.

How many of us in America would do that with our kids today? 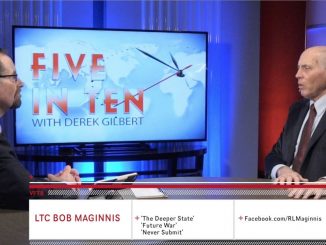 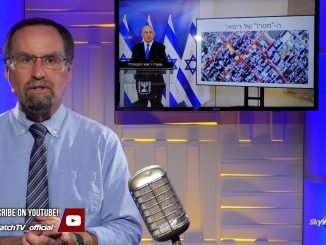 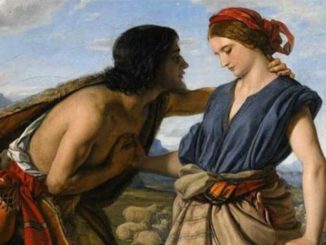 Husband of a faithless wife