One of the Mesopotamian deities I researched when working on The Great Inception was the mysterious god Amurru. His name is the same as the Akkadian word for the Amorites, which basically means “westerner.”

Not much is known about Amurru, but it is established that one of his epithets is Bêl Šadê, which means “lord of the mountain.” That’s fitting; their neighbors in ancient Akkad and Sumer considered the Amorites to be rude, boorish mountain folk.

Now, the š is pronounced like the English “sh,” which means Bêl Šadê sounds a lot like Yahweh’s biblical epithet, El Shaddai, which is usually translated God Almighty.

But while Amurru is described by some as the national god of the Amorites, scholars have yet to find a single Amorite name with Amurru as the theophoric element (the “deity-name”–for example, “Adad” in Shamshi-Adad, or “Dagan” in Ishme-Dagan.) That’s odd for a god who’s supposed to be the national deity.

Last night, I may have learned why that’s so.

Fifty years ago, a scholar named Lloyd Bailey wrote a paper published by the Journal for Biblical Literature. He argued that Amurru was also an epithet — that it wasn’t the god’s name, it was intended to mean “god of the Amorites.” And he goes on to make a case, from textual and iconographic evidence, that the god called Amurru is actually the moon-god, Sîn.

That fits with other research I’ve collected on the importance of the moon-god to the Amorites, although I disagree with Bailey’s conclusion that Yahweh is just the moon-god after the Israelites got through with him.

File that away; that will be in the book after the one on the return of the former gods, the Titans, which I’m working on now.

By the way, The Day the Earth Stands Still will be officially released in just over two weeks. Josh Peck and I will be on Coast to Coast AM in the early hours of Monday, December 3 to talk about the occult origins of the “official ET disclosure” movement.

That should provoke some interesting responses. 🙂 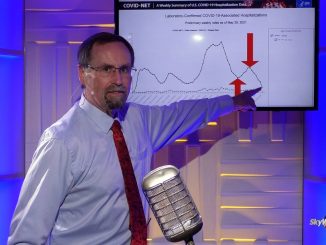 The Friday Five – CDC Contradicts its Own Data 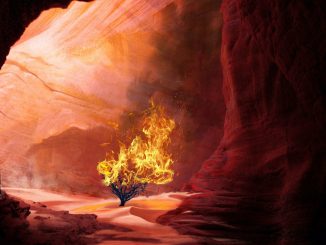 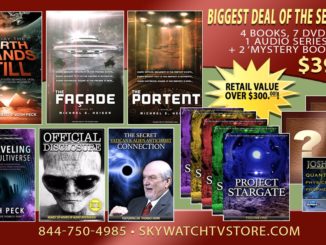