Sen. Tim Kaine of Virginia tries but slides further into the mud:

Kaine — who was the running mate of Trump’s former campaign rival, Hillary Clinton — suggested the two acts were related.

“You put a religious test on Muslims and you try to scrub reference to Jews in the Holocaust remembrance,” he said on Meet the Press Sunday morning. “This was horribly, horribly, mishandled.”

Todd asked if he thought it was “more than a coincidence that it all happened on Friday.”

“I think all of these things are happening together,” he said, “when you have the chief political adviser in the White House, Steve Bannon, who is connected with a news organization that traffics in white supremacy and anti-Semitism, and they put out a Holocaust statement that omits any reference of Jews.”

Kaine does realize that Trump’s daughter is married to an Orthodox Jew, right? A kid who’s got a key role in the Trump administration?

And does anybody who’s even heard about Adolf Hitler not know that the Holocaust was the wholesale slaughter of Jews?

Liberals are grasping at anything to make Trump look bad. Instead, they just look petty. 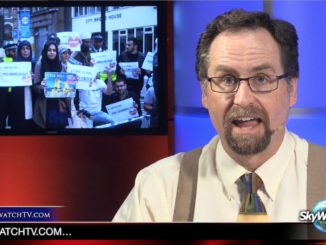 Blaming terror on the Internet 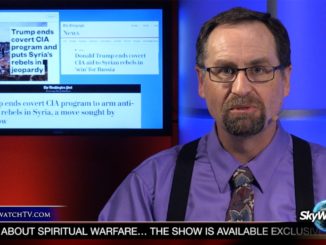