Stories like this make my head hurt. Maybe I’m just not smart enough to get my head around the implications.  Or maybe the whole notion, which is apparently gaining traction among academics, is just stupid:

Humans are convinced that they make conscious choices as they live their lives. But instead it may be that the brain just convinces itself that it made a free choice from the available options after the decision is made.

The implications of this aren’t funny. If we have no actual free will, then we aren’t responsible for our thoughts, beliefs, or actions. From a Christian perspective, that’s unsettling: Would God really put us on Earth and predispose some to disbelieve, and then condemn them to the Lake of Fire? (Hey, wait–that’s Calvinism.)

This is stupid. It’s like the debate over whether we live in a holographic simulation rather than a “real” world.  If this was a simulation, all evidence to the contrary would be simulated.  So how would you know?  And what difference would it make?

Similarly, if Transhumanists are someday able to engineer Humanity 2.0 with “reclaiming free will” as one of their project goals (which apparently is a real thing), how will they know if they succeed?  “Yeah, Brain here.  You totally had free will on that one.  Trust me.” 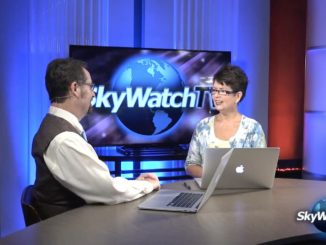 The Guardians of Reality