The question facing the United Methodist Church is not really whether bishop Dr. Karen Oliveto, an openly non-celibate lesbian, should have been ordained and elevated to the post of bishop. The question is why she’s still in the denomination at all.

Forget about her lifestyle choice. Dr. Oliveto has free will. She can do what she likes and I bear her and her partner no ill will.

The church, for its part, has rules. It must now decide whether it wants to enforce them.

Human rules can be changed. The bigger issue here is the Word of God. Dr. Oliveto’s take on the Bible can only be described as non-Christian. Defending the demon cast out by the apostle Paul in Acts 6? Blaming the Word of God for racism, colonialism, destruction of native cultures and religions, and slavery? Seriously?

Dr. Oliveto’s status as a bishop in the UMC is being decided this week by the Judicial Council of the United Methodist Church. The Western Jurisdiction of the UMC elected her bishop in defiance of the church’s ban on ordaining “self-avowed practicing homosexuals.”

To an outside observer like me, it seems like an open and shut case. Violate the ban? You’re out. Apparently, though, it’s not that clear cut. This issue nearly caused a schism at the UMC’s conference last year. Political considerations may factor into the decision by the Judicial Council.

At this point, it seems to me that a schism might be the best thing for Methodists who accept the authority of the Word of God.

You can read an amicus curiae (“friend of the court”) brief submitted to the Judicial Council by clicking here.

Again, though, the big question is why Dr. Oliveto wasn’t kicked out of the UMC years ago. It’s clear that she and her supporters belong to the United Methodist Church not because they agree with its doctrines and by-laws, but because they want to gut them. If they succeed, and they may, it will become one more mainline denomination that’s officially dead and existing on artificial life support. 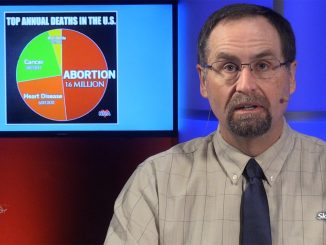 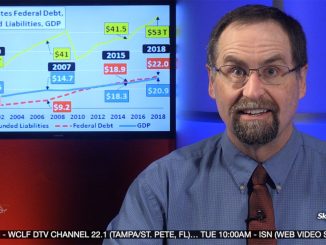 The US is Broke 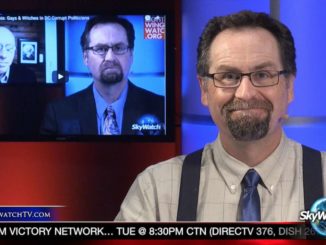 In which we annoy the left wing