The Obama administration doubled down on its claim that Russia is somehow responsible for the election of Donald Trump. The report of the American intelligence community to the Senate Thursday is notable for its lack of concrete evidence.

Principled liberals, who have no interest in validating a Trump presidency, are aware of the similarity to the case the intelligence community built for the presence of WMDs in Saddam Hussein’s Iraq. Those who openly criticize the flimsy case against the Kremlin, like Glenn Greenwald of The Intercept, are suddenly lumped in (and vilified) with the Alt-Right.

The major media in the US has swallowed the official story without question. It gives them the opportunity to bash Trump for daring to question the experts on intelligence and cybersecurity.

The message the media is sending to us Americans in Flyoverland is the same one they hammered us with during the campaign: You voted for Trump because you’re too stupid to tell the difference between reality and Fake News.

Trump is already changing the narrative. After meeting with intelligence officials, he tweeted:

Having a good relationship with Russia is a good thing, not a bad thing. Only “stupid” people, or fools, would think that it is bad! 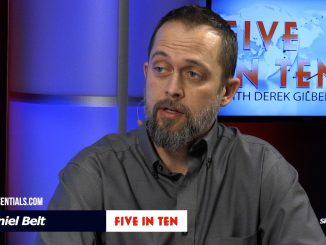 What to Expect Tonight