This is really getting ridiculous. The Washington Post, New York Times, and now CNN are giving full credence to the notion that Donald Trump’s election was the result of a successful Russian PSYOP.

The conclusion of these “impartial” analysts: If you opposed Hillary, Obama, the DNC, or America’s insanely aggressive foreign policy of the last quarter-century, you’re a Russian shill.

Most of the media conservatives turn to for balance, like Drudge Report, Breitbart, and ZeroHedge, libertarian outlets like Antiwar.com and the Ron Paul Institute, and even journalists who are just as critical of Republicans like the group at Consortium News, are identified as Russian propaganda outlets in the report by PropOrNot, a group described as “a nonpartisan collection of researchers with foreign policy, military and technology backgrounds”.

Ironically, since PropOrNot’s members are anonymous, the WaPo article reads like one of the incidents that liberals love to point to as an example of American fascism, Sen. Joe McCarthy holding up a sheet of paper and declaring, “I have here in my hand a list of 205 (or 57, or 81, or 10) State Department employees that were known to the Secretary of State as being members of the Communist Party and who nevertheless are still working and shaping the policy of the State Department.”

And yet CNN has piled on. The liberal echo chamber, found at sites like DailyKos, accepts the “fake news” meme as gospel. If only some government agency had filtered the lies out of the Internet, Americans would have voted for Hillary!

Never mind the fact that the Podesta emails published by WikiLeaks appear to be essentially true. Liberals are angrier that the collaboration between the DNC and the media — i.e., the actual creation of fake news — was revealed for all to see than they are at Hillary’s abysmal ethics, which is what really cost her the election.

The major media lost its collective mind on November 8th. It can’t grasp that it’s living in a universe in which the American public doesn’t follow its narrative, and worse, has awakened to the truth that they’ve been feeding us fake news all along. 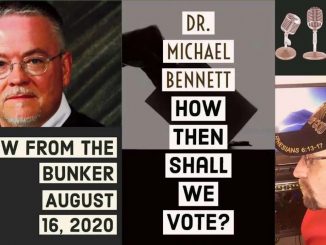 Dr. Michael Bennett – How Then Shall We Vote? 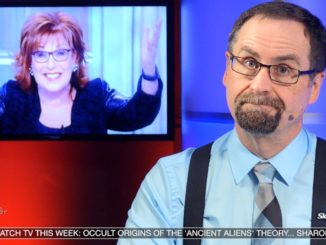 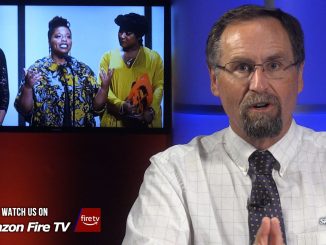 The Pagan Roots of BLM