“This is about more than party,” he said. “If there is any group of people in this country that should understand the threat to the fundamental character of the nation and the future of our children and grandchildren posed by the choice in this election, it should be members of the Jewish community. No one should sit it out.”

So… the candidate who’s OK with bringing in a lot more Muslim immigrants — that would be Hillary — is less of a threat to American Jews than the candidate with a daughter who’s converted to Orthodox Judaism? You know, the one with a Jewish husband and two Jewish children?

Dr. Michael Bennett – How Then Shall We Vote?

We came, we saw, he died 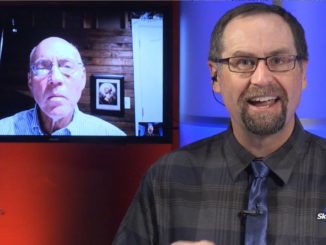 LTC Bob Maginnis – Doubling down on the deeper state