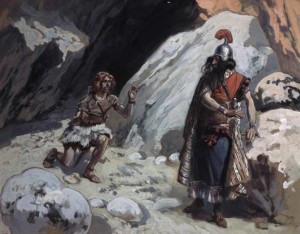 Our Old Testament study continues with David on the run, fleeing from the mad king, Saul. The king was so angry that the priest Ahimelech unknowingly helped David escape that he ordered the deaths of all 85 who wore the ephod in Nob, the city of the priests, as well as their families and animals. Saul again reveals his true character by completely destroying a city of priests of Yahweh after disobeying Yahweh’s command to devote the Amalekites to destruction.

We compare that to David’s decision to spare Saul when he had the opportunity at the cave in the wilderness of Engedi, and we discuss five psalms written during this period of David’s life.