Sects, Lies, and the Caliphate

THE 20th CENTURY was an anomaly in global geopolitics. For the first time in 1300 years, Islam was not actively taking territory in lands that were mainly Christian. 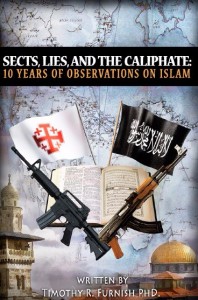 Dr. Timothy Furnish, a scholar of Islamic history, discusses his new book Sects, Lies, and the Caliphate: Ten Years of Observations on Islam.  He explains why the goals of the Islamic State aren’t a new thing, but a return to the values of Muslim states prior to the fall of the Ottoman Empire, and how the current strife in the Middle East is a consequence of decisions made in the aftermath of World War I.

A View From the Bunker