A columnist at The Daily Beast last week made what is possibly the lamest argument to date against restricting immigration in the wake of the Paris terror attacks: The Statue of Liberty was originally a Muslim woman.

The designer, Frederic Auguste Bartholdi of France, had it in his mind to create a modern-day colossus somewhere. Bartholdi first pitched the idea to the khedive (viceroy) of Egypt, basing his design of a robed woman, according to the Smithsonian, on the huge Nubian monuments at Abu Simbel. Egypt, which had just invested huge sums in the construction of the Suez Canal, was not eager to spend more on a giant statue.

Ultimately, Bartholdi reworked his concept into the form that’s been standing in New York Harbor since 1888. But describing the Statue of Liberty as “originally a Muslim” is disingenuous. And using that meme to argue for unrestricted immigration is a transparent appeal to sentiment.

It doesn’t matter whether the Statue of Liberty is Roman, Muslim, or Martian. Welcoming people who share no cultural, political, or religious history with the culture and have little desire to assimilate is not what “makes us great”. What made America great was a set of laws and system of government based largely on English common law and Judeo-Christian morality.

Setting aside the fact that the statue represents a pagan goddess, the idea that Liberty was originally represented by a Muslim woman is silly.  It is a twisting of history to make a case for social engineering based on wishful thinking, not reality. 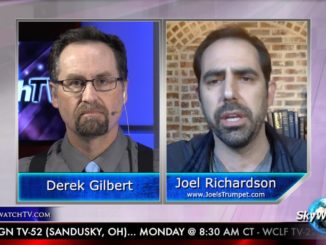 Joel Richardson: Turkey’s Erdogan is not our friend