The crybully tactics of college students over the last few weeks are disturbing. Not just because they’re spoiled brats (how oppressed can you be when you can afford $65,000+ a year for college?), but because they are literally fighting to give up their own constitutionally protected rights in favor of “safe space”.

Freedom of speech is a universal right that protects the marginalized. As these short-sighted kids and their progressive enablers silence voices they find offensive, they’re cutting their own throats.

In the real world swords cut both ways. The majority wields a much bigger sword. Set the precedent that free speech is no longer a universal right and ultimately it’s the marginalized minorities that will be silenced.

The death of Europe? 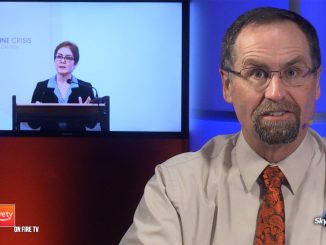