Transhumanist Party presidential candidate Zoltan Istvan suggests that the 85% of the world who believe in life after death, mainly Christians and Muslims, are a major obstacle to attaining immortality. He feels that we “deathists” are so eager to reach our eternal reward that we will resist a technological upgrade, and that we will reject transhumanism as a blasphemous desire to become gods.

Probably right on both counts.

Zoltan, a nice guy I’ve had the pleasure to interview on a couple occasions, has a worldview that makes perfect sense if you start with his assumptions that the eyewitness accounts of the apostles aren’t true.

With all due respect, because Zoltan is clearly an intelligent and thoughtful guy, that makes him a history denier.  But I digress.

While I have no doubt that he’s motivated by a sincere desire to create a better future for himself, his family, and the world, there are many in the transhumanist movement — maybe even Zoltan himself, based on his Three Laws of Transhumanism — who really do want to realize through technology the Oldest Lie in the Book: “Ye shall be as gods.”

Setting blasphemy aside, we’ve all seen the proof of the old adage that power corrupts and absolute power corrupts absolutely. I’m not keen to see what a 21st century Hitler, Stalin, or Abu Bakr Al-Baghdadi would do with virtual omnipotence.

Nor am I eager to upload my soul into a cosmic mainframe. Jesus, the only human in history to actually defeat Death, has promised us a place after we shuffle off this mortal coil. Being a disembodied intelligence in a world where the Blue Screen of Death really means Game Over is a little too deathist for me. 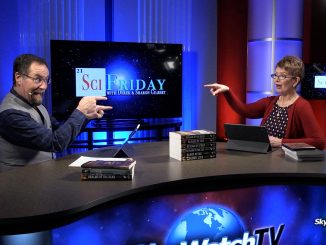 SciFriday: Mobile Tech, CRISPR, and the Mark of the Beast 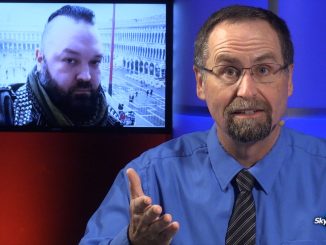