I enjoy a good conspiracy.

Rooting through evidence to get at facts intended to remain hidden gets me charged up. Fake moon landings? I’ll consider it. The Knicks drafting Patrick Ewing? Definitely rigged.

But this is too out there even for me.

Every major tragedy since 9/11, it seems, is followed about 24 hours later by a surge of YouTube videos claiming to prove a hoax. In this case, the claim is that the terror attack on the Paris offices of Charlie Hebdo was faked.

A number of people claim that Ahmed Merabet, the police office shot as he lay on the ground, wounded, can’t be dead because video doesn’t show enough blood. Maybe.

Or maybe the angle of the cell phone video makes the shot look like a head shot when it was actually a miss. There is a puff of smoke after the shot, apparently because the bullet hit behind Merabet and ricocheted off the sidewalk. Since he was on the ground because he’d reportedly already been shot once, it’s possible Merabet had received a fatal wound and the second shot was irrelevant.

Another meme circulating around the web tonight claims to show that allegedly deceased Merabet was later caught on video taking selfies while lying on the pavement.

I watched. Looks like a different cop searching for forensic evidence under the front left wheel of a parked car.
There have been several claims of staged events recently, all involving multiple deaths, and they all ring hollow. There are too many mobile phone cameras these days to get away with something so blatant.

Some believe the Sandy Hook massacre was staged, but a group of parents just filed a lawsuit against the manufacturer of the Bushmaster rifle. It will be awfully embarrassing if they can’t produce documentation that their children are, in fact, dead.

I don’t have a problem asking whether killers were trained and armed by intelligence services, or whether additional perpetrators were involved in cases where the level of proficiency, such as the 32 victims claimed by Cho Seung-Hui at Virginia Tech in 2007, seems beyond the capabilities of a rookie.  But “crisis actors”? In this day of HD vidcams in everyone’s pocket or purse?

We’re not supposed to believe the photographic evidence we’re fed by the mainstream media. But anyone with a decent laptop and inexpensive software can create “evidence” that looks real. Why should I believe some guy on YouTube when he may have just as much skill with image or video editing, if not more, as a producer at CNN?

Such deceptions certainly happen. Did we really kill Osama bin Laden when we say we did? I don’t know. Heck, I’m not sure he was alive when we invaded Afghanistan! But I don’t buy staging events like Charlie Hebdo, Sandy Hook, or the Boston Marathon that require faking deaths in public places. 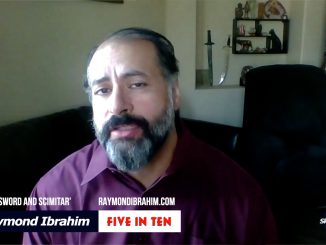