I have to admit that hearing this while listening to Dr. Michael Heiser’s commentary on chapter 31 of the Book of Ezekiel made my day:

[A]t this point, I want to refer listeners (again, subscribers will get this article, too) to an article by Edward Lipinski called “El’s Abode: Mythological Traditions Related to Mount Hermon and to the Mountains of Armenia.” It’s from the journal Orientalia Lovaniensa Periodica, published in Belgium.

I have to give kudos here to Derek Gilbert. Derek and I had a conversation a few weeks ago and he started talking about Mount Hermon and the Annunaki and the Watchers, and it just wasn’t clicking with me. I had given him a couple articles for his book and it wasn’t clicking, and then I realized a little while later that I thought he was talking about a different Lipinski article. (I have one on the furniture of El and a few other things.) I had to go back to my own archives (laughs) and find this article–and it’s awesome! It’s awesome. So [if] I had never had that conversation with Derek, this wouldn’t have gone off in my head. But it did, so kudos to him for waking me up there.

Seriously, without Mike’s research (and his willingness to share it with us lay people), my new book wouldn’t exist. More than that, many of us would still be oblivious to the existence of rebel gods, much less the ongoing war between them and their Creator.

If you’re not listening to Mike’s Naked Bible Podcast, you’re missing out on a scholarly (but accessible) Bible study that incorporates the divine council paradigm. Since that was the worldview of the apostles and prophets (you know, the guys who wrote the books of the Bible), it’s worth knowing about.

The Bible is a chronicle of that war, even though it’s rarely taught that way in our churches. 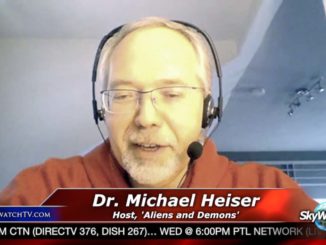 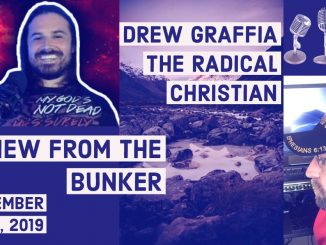