Sharon and I have been sharing information about the COVID-19 outbreak on SciFriday and Five in Ten since the middle of February. We’ve been skeptical of the official story, and a couple of our SciFriday programs were banned from the web because we were two months ahead of the mainstream media in asking whether SARS-CoV-2 escaped from the Wuhan Virology Institute. (They’re back now that the MSM is on board with the idea.)

After about the two dozenth email with a link to a short film titled Plandemic Part 1, I finally made time to watch it. My gut reaction when something like this hits is to ignore it. We read a lot of primary source material so we’re fairly well informed on this topic, and since we produce about five hours a week of audio and video content, the amount of time I have to watch other videos is pretty limited.

Honestly, I’d rather read academic papers. I can skim those for the relevant sections, and besides, they usually have citations to other studies to back up the claims. Or at least some evidence, which is completely missing from Pandemic Part 1.

The short film features Dr. Judy Mikovits, who appears to be a whistleblower exposing a vast conspiracy behind COVID-19. She makes a lot of unsupported claims and hanging accusations that leave a definite impression on the viewer without providing evidence to back anything up.

For example, take her claim that SARS-CoV-2 could not have emerged naturally for 800 years. This assumes that the virus wasn’t previously undiscovered, hiding in bats in some remote cave until a human researcher captured a few specimens for research. Her claim is a straight-up assertion with no evidence behind it.

Her claim that a flu vaccine administered over the winter in Italy was based on a dog cell culture that contained coronavirus, which she blames for the high case fatality rate there, is unproven. I mean, maybe it’s true, but why not cite a source?

But it doesn’t matter because it’s irrelevant. Yes, there are dog coronaviruses, but SARS-CoV-2 is a bat coronavirus. That’s not the same thing.

Dr. Mikovits also claims there is no such thing as an effective vaccine against an RNA virus. What about polio or measles?

She misrepresented the only piece of documentation in the 25-minute film, an Army vaccine study. I paused the film so I could look up the paper (which is here: https://www.ncbi.nlm.nih.gov/pmc/articles/PMC7126676/). It does not say what she claims it does.

The overall results of the study showed little to no evidence supporting the association of virus interference and influenza vaccination.

She also claimed the study found that the vaccine increased the odds of catching COVID-19 by 36%—but the study was conducted during the 2017-18 flu season. That’s two years before SARS-CoV-2 emerged, so there’s no way the study could test for that. The coronavirus mentioned in this paper is the common cold, a different virus altogether.

Another claim—that she performed gain-of-function work on Ebola at Fort Detrick in 1999, which allowed it to infect human cells for the first time—is also false. Ebola was discovered in 1976, and it’s been killing humans ever since.

The final part of the video implies that Dr. Anthony Fauci is somehow responsible for the outbreak because he predicted that the world would see a pandemic in the near future. That doesn’t make him responsible for it. Sharon has been watching for something like this for at least 15 years. Some of our first podcasts in 2005 dealt with emerging strains of avian flu. Her novel The Armageddon Strain featured weaponized bird flu.

I am reliably informed that my wife is not an evil scientist. Like Dr. Fauci (and a lot of epidemiologists and virologists all over the world), Sharon knows biology and history. Something like COVID-19 was inevitable.

Yes, the FDA, CDC, and NIH have incestuous relationships with Big Pharma, similar to the revolving door between the Pentagon and large defense contractors. That’s the nature of evil, which, as the Bible tells us, is rooted in the love of money.

That said, Plandemic Part 1 does not make the case that COVID-19 is the work of an evil cabal in high places. It’s a lot of uncorroborated innuendo and bad medical advice. 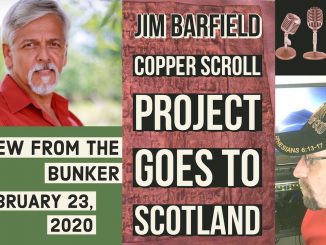 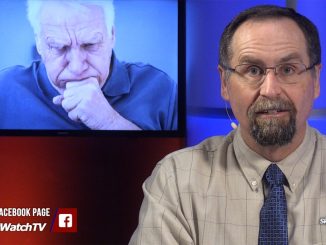 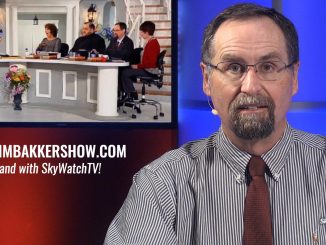