Technology plays a key role in so-called grassroots protest movements like Italy’s Sardines, Britain’s Extinction Rebellion, and the Occupy movement in the United States. What the protesters don’t realize is that they’re pawns in a mind control scheme with a goal in mind that has little to do with their protests. 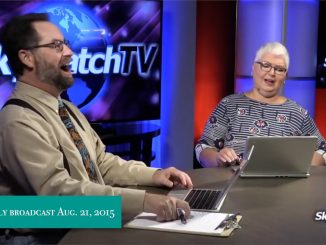 Hacking your DNA to spy on you