The Latest
Laura Ingraham’s public feud with 18-year-old David Hogg is a perfect example of why we should focus on the message and not the person. Because she chose to mock his rejection by several colleges in the University of California system, the narrative is now “Laura vs. a kid” instead of the actual issue.
I agree with Laura Ingraham’s point of view, but she made a tactical mistake in going after the kid. She’s turned him into an even bigger and more useful celebrity for his progressive puppet masters.
There is a bigger lesson here for Christians. Translate this to debates over doctrine. If it becomes “Preacher A vs. Evangelist B” (or worse, “Believer A vs. Skeptic B”), rather than “Doctrine A vs. Doctrine B,” feelings get hurt and people choose sides based on who’s “nicer” instead of which doctrine is supported by scripture.
That’s a bad way to show people the path to salvation.

Worst mass shooting in US history 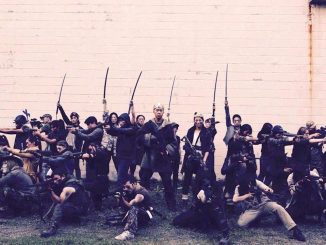