Larry Klayman, founder of Freedom Watch, shares the story of a government whistleblower who tried to tell the FBI two years ago that the CIA and NSA engaged in systematic illegal surveillance on prominent Americans, including the chief justice of the Supreme Court, other justices, 156 judges, and prominent businessmen such as Donald Trump. But neither the FBI or congressional intelligence committees want to listen. 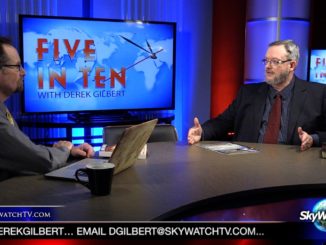 What in the world is he talking about?