The bifactional War Party in Washington, D.C. and its obedient lap dogs in the media are apparently terrified that Donald Trump will put a stop to their War That Never Ends.

The media is now spreading stories that are so easily debunked that you have to wonder whether reporters for major outlets like CNN, Foreign Policy, and The Washington Post are really so lazy they can’t do a simple Google search to check their facts, or if they’ve simply been ordered to lie:

This is a great example of the current state, and competence, of American Journalism.  Worse yet, this example shows the U.S. Secretary of State, John Kerry, didn’t even know what’s going on, and Vice-Presidential candidate Tim Kaine also joins the crew of the clueless.

CNN and The Washington Post are both making an absurd attack Donald Trump story out of the most simple and easy to prove claim.

Donald Trump said there was video (yes, that’s a screen grab of the video above), put out by Iran, showing the United States sending pallets of cash in exchange for U.S. hostages.

Trump stated the Iranian’s were using the video to “embarrass the President.”  The Washington Post and CNN jumped on the Trump statement and immediately decried it as ridiculous and set out to prove the claim false […]

Good Grief – It’s on YouTube.  AND, if we remember correctly, it was also hosted and discussed by MEMRI tv at one point.  Any reasonable journalist search for data would have found it easily, or at least the discussions of it.

The Video is also in a BBC Journalist twitter feed.  The short and the full version of the Iranian Documentary. 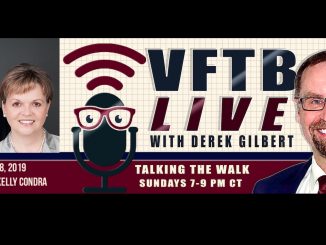